Hopefully you've read my articles on the dangers of teenage sleep deprivation...

Now, let's say your teen has become even more nocturnal than creatures that are supposed to go bump in the night. Perhaps he or she gripes that they're "always tired" or they say "I can't sleep" or they have some of the other sleep deprivation symptoms.

What's a bleary-eyed parent to do?

This is not going to be very effective. As they say down here in Georgia when an idea won't work, "That dog don't hunt."

Arguments create an evening of stress and who can sleep after a shouting match? No one.

Best thing to do is talk to your teen and find out why they haven't hit the sack yet. Maybe they've got some more important studying to do for the next 30 minutes or so. Instead of saying "Go to sleep now" you can then say, "Okay, bedtime is in 30 minutes." The teen feels more in control and an argument has been avoided.

Of course, maybe they're just goofing off, texting, or watching TV. In that case, step 4 below could be more effective. Before we get to that step though, here's a very important issue... 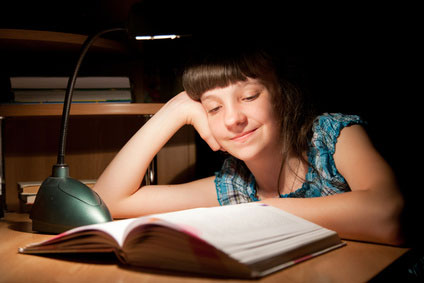 This is probably the single biggest benefit to improving teenage sleep that there is. It fits in better with a teen's natural sleep cycle.

See? The numbers don't add up for allowing teens to get a good night's sleep. According to the National Sleep Foundation, the average teen is only getting about 7 and 1/2 hours sleep per night.

That's why school start time needs to be later.

Unfortunately, the pessimist in me says that changing school start time is not going to happen on a wide scale any time soon.

The optimist in me says why not? It's working right now for around 16 to 20% of the high schools in the United States. Teen attendance is better...graduation rates are higher...teens are healthier and feeling better about themselves.

Sure, there are societal issues here. After all, parents have to get to work on time too if they work 8 to 5. They can't be worried about their kid at home waiting for the school bus or whatever. (That's why I'm a big fan of work at home moms and dads!)

Even so, I'm throwing this out there because it's important for school administrators, teachers, and parents to come up with solutions to later school start times for teens. Get involved in this issue. Get informed. Get something done about it.

However, since this is not something under your control right now, today, let's look at the single most important step to take that is somewhat in your control of healthier teenage sleep...

Probably the next best thing to do is to take your kid's cell phone away for the evening if they can't resist the temptation of having it turned on...and using it...at bedtime and all night long.

Of course, that's sort of like trying to yank a dead deer carcass out of the clutching paws of a mountain lion.

Yet, facts are facts. And the sleep deprivation statistics of the National Sleep Foundation's 2011 Sleep Poll show that technology has turned into one of the biggest disrupters of teenage sleep.

Have a frank discussion of the consequences of teenage sleep deprivation with your teen. Find out what the one or two most important things are to them. Then stress how sleeping better will help them achieve the things they want.

For example, if getting into a good college is a big goal for them, point out the importance of your teen's grades...and how sleep deprivation affects teenagers grades. Lousy sleep, lousy grades. Better sleep, better grades. Simple as that. (They still have to study though!)

If your kid's an athlete, discuss how restful sleep can help them practice better, play better, and get more recognition from the coach. Good sleep might make the difference between playing in the ball game or being a bench warmer.

If teen obesity is a concern to your child, let them know that sleeping better may help them get some of that excess weight off...or not put it on in the first place. Lack of sleep can lead to 1) Less physical activity 2) Increased hunger which can lead to more calories than they need 3) Greater consumption of fattening sugary foods.

The good news is, the two habits of good teen nutrition and daily exercise can help a teen sleep better. Sleeping better can in turn help a teen eat better and have more energy for exercise.

And here's something interesting. Learning actually continues while we humans sleep. So a teen who learns a new task—whether it's in sports, music, fixing a car, or anything else—will perform that task even better after getting a good night's sleep.

That gives the teen an advantage over teens who sleep poorly.

Studies have shown that giving educational leaflets on sleep to high school students has been affective in promoting better teenage sleep. Hopefully all schools will start teaching their teens about good sleep hygiene. Now let's move to part 2: 8 Steps to Restful Nights Part 2

Or Continue Reading These Helpful Articles

Sleep Experts Sound The Alarm. "Get Some Sleep teens!" 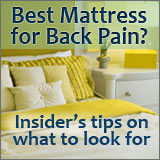 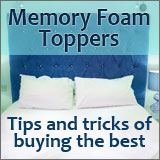 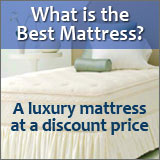 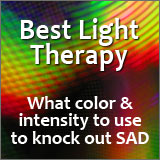 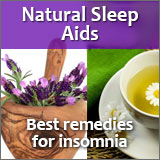